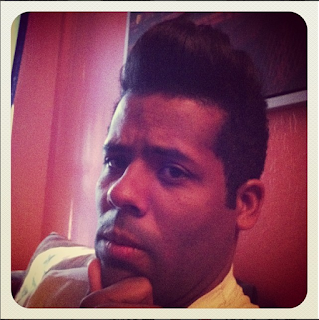 
As an author, my site is www.inejiro.tokyo


As a musician, my music lives at www.souncloud.com/deeproy here you will also find a score that I wrote, recorded, and engineered under the name DEEProy (Doctor Percival Roy). I recommend the Hijo De Xavier and Triple Zed Project themes.

As a painter and classically trained chef, my visual media can be seen on instagram under the handle @the.luxarium and on tumblr at http://doctorpercivalroy.tumblr.com/


I was moved by my experiences with gangs in high school to write Hijo De Xavier, and from there I felt like I had found my niche in writing glimpses, episodes, from an entire universe of my own creation. I LOVE possibility and departure from realism, and when I combined the two, I ended up with the Our Amplified Earth series.


I feel it should also be mentioned that women have had a powerful impact on my decision to write as well as my writing style. I was raised by three towering examples of strong, intelligent, faithful women that loved me more than themselves, despite my being adopted. My mother was a black panther with six degrees from Cal State East Bay, one of my life-long babysitters survived multiple abusive husbands to stand with her head held high on her own, and the other has served her congregation consistently and truthfully over the last 40 years.


These pillars helped form within me a foundation of profound respect and reverence for the abilities and attributes held by women as a whole.


In my universe, women are typically seen as that which the world cannot exist without, and that statement does not include placation. Marta in Hijo De Xavier is an excellent example. Without her, Manolo would be nothing. It is her strength, her cunning, and her mind that empowers Manolo and ultimately handles Xavier for the time being.


Inejiro is my pen name. I have chosen it for two principle reasons:  synesthesia and depression treatment. The mental images, smells, and sensations generated by the name Inejiro Koizumi all suit my purpose, and the actual meaning of the names themselves fit right in as well.


My research has yielded Inejiro to mean “One who seeks” and Koizumi means “small fountain.” I consider myself a seeker of truth and enlightenment. My mind to me has always felt like a small fountain or mineral spring; constantly bubbling forth with a fervent variety of raw creative material.


Maybe three or four years after high school I developed a form of depression that includes bouts of insomnia. After therapy and pills, I read about a doctor who hypothesized that one’s circadian rhythm could be out of alignment with your current position on the earth. He recommended sufferers try and immerse themselves in a culture that resides in the time zone that aligns with your feeling tired and feeling awake.


I took to the globe and noticed Japan Standard Time was closest to my ‘natural’ circadian rhythm. Since then, I’ve taken to Japanese, I am an avid Sumo watcher, I cook Japanese at home (I’m also a classically trained chef), I wear a kimono when I come home, and on and on. It’s made a surprising difference in my day-to-day life and I’m not going back.


This is an excellent question. Manolo, having been raised primarily by women, is initially drawn to Xavier, despite not fully understanding his magnetism. Manolo’s only consistent male influence came from his immediate friends, e.g. gang-members, ‘brothers’. As Manolo and his friends share their lives in a derelict demesne, each one serves as father, brother, cousin, nephew, uncle, etc to another depending on the circumstances. That being said, the idea of an older and established father-figure taking personal interest in Manolo was very appealing to the deeper parts of himself.


Xavier, seeking out his son for ‘sentimental’ reasons, sees a lot of himself in Manolo.  Being a former logistics juggernaut during The War, he knows how to read situations, and most of all, people.  Xavier ID’d Manolo early on as the smartest member of the collection of droogs that comprised his friends and roommates.  Whether or not Xavier truly felt a longing for his own flesh and blood upon first encountering Manolo remains to be seen, but there definitely is a deeper connection between the two.


Is Manolo seeking out a father? Is Xavier playing an Amplified chess game and simply using Manolo?  What are the truly deeper mechanics of Latin gang politics? That’s their relationship.


The final steps. I hold Salvador Dali in significantly high regard. I’ve adapted my own creative process after studying portions of his life. For me, seeding and cultivating a story is not too much of a challenge. However, the final stages of releasing a completed piece can be more taxing than I prefer. The stages I'm referring to are the implementation of final edits and proofing.


To mitigate the eyestrain of line-by-line analysis, I bought a couple pairs of yellow-lens wrap-around glasses. I use these when writing and proofing and they have made the process much more palatable.


As I’ve grown older and acquired the plethora of skills that I have, I’ve also watched peers and elders make a variety of initially baffling changes. Seeing this caused me to search inward and seek out why I made the decisions I did, as I felt that I could not truly love myself if I didn’t understand and accept myself. This journey led me to a tremendously significant aspect of one of the most influential periods of my formative years: middle school to high school. This aspect was my involvement with Latin gangs.


During the early flirtations, parties and kicking it on the block, the gangsters seemed like noblemen; dukes and lords with parent-less manors and an endless variety of narcotics.  This flirting went on for a couple years, then I tried to get serious.


During the summer transition from sophomore to junior, I attended a party that turned out to be a honey-pot style trap. Thankfully I had left in time, after making a fool of myself. My friend however did not. We found him hours later, unable to speak with a boot mark on his throat.  I was done after that. There was no true loyalty, I do not seek to quarrel with strangers simply because of my clothes or where I live, and life has always meant more to me than partying, fighting, and mating.


I feel a kinship to Manolo, but I also understand the position of his friends. Everyone has to make their own choices, and ultimately be responsible for them.
In both The Horvitz Hour and Triple Zed I look at reality and existence.  How do you determine what in your life is real? Are other people’s assessments of you real? Do you bind yourself by other’s views, or do you take in knowledge, then convert it to wisdom by self-determining?

A stronger sense of possibility. As time has gone on, I’ve noticed an increase in desire from readers and movie watchers for realism. This has always saddened me. Part of the allure of films like Star Wars, Beetlejuice, Tim Burton’s Batman, Who Framed Roger Rabbit, The Terminator series, etc is the lack of realism. Sure, there are ‘real’ human emotions for the given relatable and metaphoric situations, but no story can lack that. I’m talking about driving around 1930’s LA with cartoons, using telepathic power to change the mind of another, putting on a rubber suit and fighting a man who survived a chemical bath with more than just cancer…


Anything is possible, if you allow yourself to believe it.

Best: I enjoy creating a sense of adventure and excitement in others naturally, so having an outlet through writing is very rewarding.


Least: Far too many people still literally judge books by their covers.


There are 3 stories in my novel, so I’ll include 2 from each:


Yes, I have another episode from the OAE universe at the editors, and I am cultivating 3 other story stems at the moment.


With epic creators like Alejandro González Iñárritu and Guillermo Del Toro in Hollywood, I think Latino literature and other forms of media are on the rise. I find most art pieces, be they film, TV, literature, etc, from Latin America offer refreshing viewpoints and topics that the world at hand has been largely looking for.


The market is good and the product rich; the future is excitingly bright for Latino Lit.