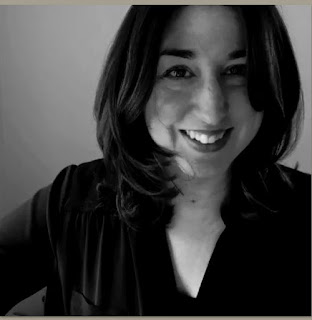 Amy Quick Parrish is the author of Into Dust: The Thunderbird Chronicles, the first in a new young adult series. The story is based on a web series she wrote and directed while teaching high school Spanish in Texas. A graduate of the University of Michigan, her writing has been published in The Atlantic and her films have screened in festivals around the world. She won the Spirit of Moondance Award at the Moondance International Film Festival for her feature screenplay, The Court of Lions, and an Indie Award of Merit for her short film, Hokey Smokes! Frank Allison and the Odd Sox. She now lives in New England with her husband, teenage son and two cats.


1.       What inspired you to write Into Dust: The Thunderbird Chronicles?
I received a CD for my birthday (back when people received CDs.) There was a song called “Pistolero” by Juno Reactor. The song didn’t have any words, but it gave me a vivid image of a girl flying over the desert. I listened to it over and over and couldn’t get that image out of my head. I had been dealing with grief — both of my grandparents had died recently — and had just spent a lot of time in Arizona and New Mexico. Once I moved to Texas and we traveled to Marfa and saw the Marfa lights, the whole thing started coming together. I first wrote it as a screenplay and it made it to the second round of consideration at the Sundance Screenwriting Labs. When it ultimately didn’t win, some friends encouraged me to shoot a few scenes. One thing led to another, and soon I had created a three-part web series, which premiered on a local Austin TV channel and was later invited to screen at the LA Skins Fest, a premiere Native American Film Festival in Los Angeles. I wrote it as a feature screenplay, a web series and a TV pilot but never was quite satisfied with the story, so I took the elements I liked of all of those and then wove them together into a YA book series.

2.       Did you relate to the main character, Janey, in any way? If so, what?
I relate to Janey in nearly every way. We’re both shy comic book geeks, my dad also died – although he died when I was very young and he had cancer. We both speak Spanish and when I wrote it, I was living in Texas. And just before I wrote it, I had two close relatives die, so I was thinking a lot about grief and loss. We also both have turquoise and silver Thunderbird necklaces, but so far mine hasn’t glowed blue or anything…

3.       What was the logic behind being a Walker of Two Worlds?
The original idea was that Janey was walking between two worlds — between the world of the living and the world of the dead, and that was what gave her the abilities she has. That, of course, ties in to the idea that she is constantly balancing two cultures: as a Mexican-American and as a Mexican (although later in the story it comes out that Janey and her family are ex-pat Mexican-Americans living in Mexico so that her dad can do his vigilante work.) In addition, she has her real life and her undercover life. So it can mean a lot of things, depending on how you want to interpret it. But originally it was about the inner world where the magic exists vs. the “real” world where it doesn’t. There’s also a tie-in with the comic books Janey obsessively reads and her reality — what’s the line between reality and imagination and why do the comic books she loves to read parallel her life so much? (Find out in book two!) ☺

4.       What role did Augusto play in Janey’s life?
Augusto plays a huge role in Janey’s life. Probably more than he should, I’ll admit. Janey probably should be a more independent character, but she does depend on him because he understands the abilities she’s learning she has. He worked with her father and her father made him promise to look after her and train her. So in a way, he’s a bit of a mentor figure, but also a love-interest.

5.       How did Janey evolve throughout the story? Did she become a hero, like in her comics?
This first book in the series is really an origin story — Janey gains her abilities and learns about them. She does some heroic things, but not in the grand traditional sense that Superman or Spiderman might. But throughout the course of the series, she learns to wield her power and makes some bold moves. She’s still a teenager, so she’s still learning, but she’s able to act more heroically. But the story will always be more of an introspective love story than a true Marvel or DC–type story. It’s about character.

6.       What are some of the main socio-economic issues that you explore in this book and why did you explore them?
I didn’t intend to explore any, but I guess I did. There is a difference between Leticia’s family and her friends and Janey’s family and friends. I sort of hate those teen TV shows where everyone’s rich and living in this gorgeous luxury homes. It’s not reality for most people. Janey’s father does vigilante work and owns a convenience store. They’re not poor, but they’re definitely not wealthy. I am heavily influenced by John Hughes, and I guess Leticia and her friends represent the “richies” that Hughes uses for conflict in movies like Pretty in Pink and others. I think it’s important to portray people as real, ordinary, authentic people and I probably created some flat people in creating the snotty girls with the fancy clothes, but there ultimately is a good reason Leticia doesn’t like Janey, and it comes out later. When I added in Leticia, I had recently moved to a very wealthy area. As a teacher/writer who grew up qualifying for free lunch at school, I found myself incredibly irritated with these girls who flaunted their Vineyard Vines and Burberry in front of students (and teachers) who couldn’t afford those kinds of things. I guess I felt that Janey should be a “regular” girl, whatever that means, so I tried to make her someone audiences could identify with. I know TV often takes the theory that teens (or any audience) want to see the fancy clothes and houses that they don’t have, but it just seemed better to me to make her more ordinary/middle class. I grew up in a small town with a low SES. Small town, low SES families are just as underrepresented as Latinos in books and TV.

7.       What do you hope readers will gain from your book?
I hope that Latino readers will have a Latino superhero — a girl they can look up to and identify with. I hope non-Latino readers can gain a little insight into the Latino world. As a Spanish teacher, I’m amazed by friends and students who have no understanding of Chicano history (not that there’s any in this book) or think of people they refer to as “Mexicans” as recent immigrants, not understanding that some Mexican-Americans’ ancestors have lived in what is now the United States for over three hundred years – again, it’s not in the book but I’m hoping to have the kind of effect Will and Grace had on perceptions of gays, the effect of The Huxtable family on perceptions on black families. This is Janey Santiago. She’s a regular girl from a border town and she’s got some cool abilities.

Most of all, I want girls to have someone to look up to or relate to. I grew up with Lynda Carter as Wonder Woman, we had positive role models like Nancy Drew, Wonder Woman, the Bionic Woman, Mighty Isis, Jayna of the Wonder Twins, and later Salt–n-Peppa and the Go-Go’s, Buffy the Vampire Slayer and Veronica Mars. For a while, I couldn’t find (hardly) any positive role models for girls, but now I love CW’s Supergirl and Jane the Virgin, Marvel’s Ms. Marvel, and Brian K. Vaughn’s Paper Girls and Eleven from Stranger Things. I hope people will keep creating cool female characters that girls can hang out with and have as role models.

8.       What do you like best and what do you like least about being a writer?
I love writing! I love creating a new world and hanging out with my characters and getting to know them. I love the escapism.

9.       Who are some of your favorite authors?
I grew up loving YA authors like Judy Blume, Lois Duncan and S.E. Hinton. In college some of my favorites were Sandra Cisneros, Pam Houston, Charles Baxter, and Tim O’Brien. As a screenwriter, I love Quentin Tarantino, Shane Black, Terry Rossio and comic book writers like Brian K. Vaughan. I’m also a big Harry Potter/JK Rowling fan. I wish I had a long list of sci fi writers – I’m heavily influenced by people who are heavily influenced by Philip K. Dick and those sorts of writers: Richard Linklater, Charlie Kaufman, JJ Abrams. I also love Aline Brosh McKenna and Rachel Bloom, who create some really vivid, real characters in the TV show, Crazy Ex-Girlfriend.

10.   If your book would be turned into a movie, who would you imagine playing the part of the main character? (Actor can be ANYONE, living or dead.)
Well, in the web series I shot, an actress named Erin Taylor played Janey. I hesitate to imagine another actress in the role unless it was a situation where a TV executive was standing over me, making me decide and they had a list of A-listers to choose from. (You can see Erin as Janey in the trailer on my website, amyquickparrish.com)

11.   Are you working on anything right now?
I am putting the finishing touches on book two in the series and working on the third.

12.   And, finally, what do you think is in store for the future of Latino literature?


I think the future of Latino literature is bright. As a Spanish teacher, I’m well aware that Latinos are the fastest growing population in the U.S. So whereas writers like Rudolfo Anaya, Luis Valdez or Sandra Cisneros were pioneers of Chicano/a literature – maybe partially because it took a long time for publishers to understand that there’s a difference between Spanish literature in Spanish from Spain or Latin America and the experiences of people in the U.S. Now, there’s less expectation that in order to appeal to a Latino market, it needs to be 100% in Spanish, and conversely, that things don’t have to be 100% in English, either. It’s now more acceptable for characters to speak Spanglish – because people do. And it’s now more accepted to have characters who happen to be Latino but live in the US, or who happen to be Latino but aren’t doing anything specifically Latino. Anyone can be a superhero – why not Janey Santiago? I think with movies like Spy Kids in the 90s paving the way, now they have movies like Legends of the Hidden Temple on Nickelodeon that happen to have Latino characters… Jane the Virgin is on the CW, where the abuela speaks Spanish and Jane answers back in English. El Rey Network has shows like From Dusk Til Dawn where many characters are Latino and occasionally speak Spanish, although the show is in English and the network targets English speakers. So I think there’s a bright future and hopefully there will be more Latino authors writing books and getting staffed on TV shows so that their experiences can be reflected in media. I see a lot of creativity coming from my students, so I think their generation will step up and be the change they want to see in the world.

Up next: A review of Into the Dust: The Thunderbird Chronicles

Posted by Book Club Reviewer at 7:20 AM